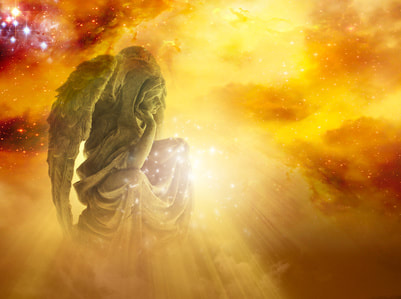 Besides accumulation of negative energies, people can also experience negative entity attachments. There are many different kinds of non corporeal energetic entities co existing with us on this planet. Some are positive and help human beings, while others are negative and seek to harm us.

People experience their attachments somewhat differently. Some see and hear them easily, for example feeling a cold presence in the room, seeing them in dreams, or feeling physical pain of the attack of the negative entity. While others have no idea they have them, and only feel that their life is out of balance, they have a vague feeling something is off, something is not right, but they can’t explain it.

The negative entities feed on human energy, in the form of negative emotions, (aka louche). Negative entities may be attached to a person, an animal, a house, land, a vehicle, or object.
There are many ways that a negative entity may be able to attach to a person. Some people came to have negative entities due to drug or alcohol abuse, which shattered their psychic doors, leaving them vulnerable to attack by dark entities. Some people acquired attachments due to soul loss, that left gaping holes in their energy fields, leaving an entrance for something else to come in. Some people participated in dark religious cults, which deliberately put negative entities on them. While others, during the course of their daily lives, have not practiced good spiritual hygiene, and have inadvertently allowed or even unconsciously called negative entities into their lives. For example, people who watch a lot of horror movies, may not realize that these movies are doorways for dark forces to enter their lives. Also hanging out with the wrong crowd, with negative people, or in places with a lot of negativity (bars, places where horrific crimes occurred, war zones,  prisons, etc.) can cause a person to start to vibrate at that lower frequency, and become open to attachments that are seeking new hosts.

The symptoms that people have, when they have negative attachments, include, but are not limited to:

There are over 30 different forms of negative entity attachments or negative conditions that Arriale is familiar with, and has helped clients with. These are a few of the main ones, that Arriale helps with:

Arriale expertly clears these kinds of parasitic entities off the energy field. She also does healing work to seal and suture the damaged energy field, and to set up protection. She will also teach you how to psychically and energetically protect yourself to prevent future attachments.

Every person’s experience of cleansing and clearing is different, but there are some common experiences, which include: